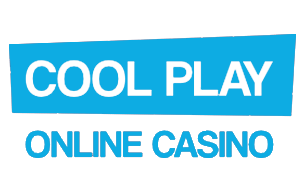 New Players Only. Wagering occurs from real balance first. 50x wagering the bonus or any winnings generated from free spins, contribution may vary per game. The wagering requirement is calculated on bonus bets only. Bonus is valid for 30 Days/ free spins valid for 7 days from issue. Max conversion: 5 times the bonus amount or from free spins: $/£/€ 20 or 200 kr. Full Terms apply.

There are 5-reels and 243-paylines in the Thunderstruck II Online Slot which means there’s a lot of wins going the players way while the range of stakes you can bet at here stay relatively small starting for as little as 30p a spin and working their way up to a reasonable £15 a spin. The jackpot on offer here though really is one of the key highlights of this game as it comes in at 2.4 million coins which is pretty huge – especially since it’s a non-progressive slot!

The features that the Thunderstruck II Online Slot have on offer for players is another big highlight of this game which comes in the classic Microgaming format. It’s a free spins feature which is the big feature here, however, players have a choice of the four different gods here who each offer a unique number of spins and special effects that go with them. There’s no right answer to be had here either so this choice is simply down to preference. There’s also the second feature in this game which is triggered randomly as you spin the reels at which point Thor will show up and start zapping the reels randomly turning them into wilds.

There’s a lot to love about the Thunderstruck II Online Slot from the theme to the prizes to even the gameplay so if you haven’t tried it out before we highly recommend that you do!

Why not create a real money account and try your luck at some mega jackpots? We offer some of the biggest online casino bonuses available including a 100% bonus up to £200!

Play Real Money
CoolPlayCasino.co.uk is operated by ProgressPlay Limited of Level 3 (suite no. 1258), Tower Business Centre, Tower Street, Swatar, Birkirkara, BKR 4013, Malta. ProgressPlay is a limited liability company registered in Malta (C58305), that is licensed and regulated by Malta Gaming Authority and operates under a License Number of MGA/B2C/231/2012 issued on 16th April, 2013; and is licensed and regulated by the Gambling Commission, License Number 000-039335-R-319313-016. Persons from Great Britain wagering via the website are doing so in reliance on the license issued by the Gambling Commission. Gambling can be addictive. Play responsibly.